Hovering over us every day is a thick cloud of social pollution – these preconceived notions about sexuality and gender. Just like any other pollutant that, if not eliminated, ends up destroying whatever pristine environment is in its path, if these preconceived notions go unchallenged and uncorrected, they will erase any hope we have of establishing a peaceful society that is free from the pain of injustice and discrimination. So, offered below is some basic information that I hope will help us begin to re-examine our current relationship with diversity and be more inclusive in the way we see our relationship to each other.

First and foremost, it is imperative that we accept that a person’s sexual orientation and their gender identity are not dependent on each other. This is one of the most widespread misconceptions out there. For instance, a transgender man (a person born a woman and identifies and lives as a man) is not automatically attracted to other men, and therefore gay. This person’s gender and the person to whom they are attracted are two completely different realms and there is nothing evident about their relationship.

This is the motivation behind the choice to display pronouns. The idea behind posting a person’s preferred pronouns on a social media handle, for instance, is that they inform the network that these are the pronouns with which one wishes to identify and that the use of any other pronouns may cause confusion or discomfort.

Another misconception – and one of the most the disheartening – that is peddled in many public platforms and around many dinner table discussions is the idea that one’s gender or sexual orientation is a choice. Debunked a long time ago was the notion that sexual orientation is a choice someone consciously makes; no evidence of this exists, scientific or anecdotal, that a person can effectively choose those to whom they are or are not attracted. However, it is somewhat more difficult for many to accept that a person’s gender is not a matter of choice either. For instance, a gender fluid individual is judged as just trying to stir up controversy because this person refuses to make a choice as to whom they really want to be. “Make up your mind”, we hear all too often. We are taught all our lives – at home with our traditional upbringing; at school with our rigid education system; in the workplace by commonplace organizational behaviors; on television and in the movies with certain outdated ideals – that in order to be acceptable something has to be categorical in its existence: man or woman, gay or straight, yes or no, known or unknown, this way or that way. Things seem easier to understand if they are dichotomous. Anyone who exists anywhere outside those those extremes – like with their sexual orientation and gender identity – isn’t easily understood, is deemed unacceptable and therefore subject to punishment for their “choices”. To those who think like this I ask, how can it be choice if this is the only way I know how to be?

The challenge that we face now is the task of teaching ourselves to think differently, more inclusively. We must make it a habit to learn about people who confront our traditional ideas of what it means to be a man or a woman or neither or both. This is because the simple and unambiguous truth is that diverse individuals exist and this diversity must be included in our view of human nature. We must challenge our existing beliefs about sexual orientation and gender identity and expression because there is a whole world of wonderful human beings who are being left out, forgotten, misunderstood, underestimated, targeted, ridiculed, institutionalized, criminalized, assassinated. It is entirely possible to reshape our current world view so that we come to accept that a person is valuable because they are exactly who they are and not because of who we think they should be. 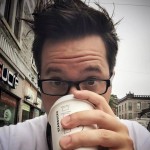